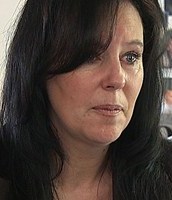 VinnyEastwoodShow Maria Bradshaw is a mother who lost her only child, Toran to suicide in March 2008. He passed away at 17-years of age and Maria holds the mental health system responsible. Following his death, Maria undertook two years of research and has amassed a large amount of evidence which shows that the New Zealand government’s approach to suicide prevention actually increases, rather than decreases the incidence of suicides.

In August, 2010 she established CASPER (Community Action on Suicide Prevention Education & Research), a group which brings together families bereaved by suicide whose aim is to effect change in legislation, policy and practice in suicide prevention in NZ. Since its launch 5 minths ago, CASPER has 435 members from 20 countries around the world and has achieved some significant change including persuading the Chief Coroner that open reporting of suicide is beneficial rather than harmful.

In a must-hear interview, she recently spoke to Vinny Eastwood and Will Ryan of the Vinny Eastwood show about New Zealand’s appalling suicide rate and what she has learnt since Toran committed suicide.

Link to the excellent interview here.

Steve Green of the Citizen’s Commission On Human Rights (CCHR), Talks To Vinny Eastwood About the NZ Mental Health System.

Interested in what is genuinely going on, not in the disinformation promoted as "truth" by the corrupt mainstream media. Please keep an open mind and do your own research. M.Sc. (Hons) from Auckland University. If you came to this site via the 'Silly Beliefs' disinformation website, please read my response to their article at the link: https://chemtrailsnorthnz.wordpress.com/2012/10/20/sillybeliefs-coms-lies-about-chemtrails-geo-engineering-exposed/
View all posts by Clare Swinney →
This entry was posted in Activism, New Zealand, What's On in NZ and tagged Maria Bradshaw. Bookmark the permalink.