IS LINDSEY WILLIAMS BEING USED FOR BP DISINFO?

This letter was in with G Edward Griffin’s Unfiltered News this week. 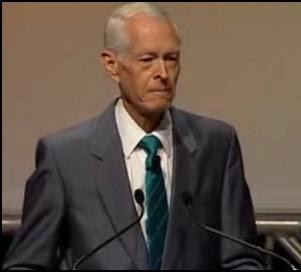 I have a theory that should be considered after listening to Alex Jones interview with Lindsey Williams June 10 on Prisonplanet.com: I have a feeling that Lindsey Williams has been duped to disseminate propaganda and dump it on the masses through Alex’s show. Alex has the highest volume of listeners and are now mostly believing everything and all the guests. While Lindsey is not being paid by FEMA, he is most likely been “their” perfect choice with 30 years of conditioning/grooming, just like Oprah Winfrey who is the elites star influence to millions over decades for the one world religion. The entire interview showed alarmist attitude without any cross referencing or communication with explosive experts. It is reminiscent of how Dick Cheney, Condalisa Rice, Colin Powell and the rest sold us on the Iraq war using Adobe Illustrator diagrams of weapons of mass destruction. The pictures were hypothetical anyway, but once they got their way, the occupation and the problems that developed over the years became irreversible from those tiny little theoretical computer generated images of semi-trucks, etc.

Lindsey is conveying a similar “alarmist” message given to him by a former BP VP, a “mister X”. This message is just as “sketchy”. If the information Lindsey Williams delivers through this Mr. X, and that it is truly detrimental to the Elites wishes to protect British Petroleum thereby thwarting their plan, he would be eliminated. The list of CEO’s and VP’s of British Petroleum is a short list, so this guy is hiding his identity? Why doesn’t Lindsey air a taped phone call that audibly disquises the voice just so we know there’s a “Mr. X”. If Mr. X’s wish to stay anonymous for reasons he’ll continue feeding Lindsey insider news, then I’m skeptical as to the real intent because all British Petroleum needs is mass approval to detonate a nuclear device… and Alex and Lindsey will air until that is accomplished. Then there’s no need to do radio shows once that is done. In other words, it should only take one show to be so very convincing that the need for weekly updates are unnecessary. I smell a fish when I don’t hear any other version of the story. Is he really pretending to divulge secrets for fear of being terminated? This certainly raises questions… the logic simply doesn’t work. Therefore, I believe it to be a serious “plant” so that they can do:

• Imprint to our minds that a nuclear device is the only way to solve the problem
• While doing so, further empower Lindsey with a trust factor by the listening viewer.
• Keep Alex spinning in circles by gaining his confidence while gaining ours.

Lindsey is nothing more than a religious leader. He leads the congregation. He also is so prolific of a speaker on this issue of World governance that he’s already doing their job which is why he was selected to participate in staging the fear. I suspect Alex has been duped too. That whole interview was alarmist. No mention was made to the connections that needed to be made. If one listens to that interview carefully, it’s apparent that only one aspect was conveyed…. that was to sell the public on the idea of using a nuclear device using mind control techniques often cited by Alex himself… frighten the public to gain trust. I’ve said quite enough.. I hope someone proves this wrong.

Interested in what is genuinely going on, not in the disinformation promoted as "truth" by the corrupt mainstream media. Please keep an open mind and do your own research. M.Sc. (Hons) from Auckland University. If you came to this site via the 'Silly Beliefs' disinformation website, please read my response to their article at the link: https://chemtrailsnorthnz.wordpress.com/2012/10/20/sillybeliefs-coms-lies-about-chemtrails-geo-engineering-exposed/
View all posts by Clare Swinney →
This entry was posted in War on Truth and tagged Lindsey Williams. Bookmark the permalink.